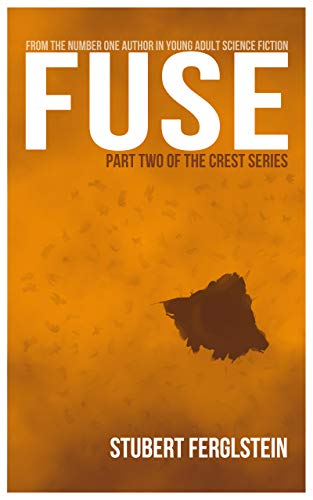 The energetic sequel to one of the best-rated breakthrough Science Fiction stories of 2017.

"Fuse is an excellent sequel to Shunt and every bit as gripping. [A] well thought out and intricately made galaxy had me clawing the pages for more." – Amazon Reader

For the last month, Fin’s survival has rested on a knife-edge as he and his crew find themselves trapped between two alien species who have made war for centuries. Struggling to deal with what has happened, he has come to rely on Beth – a brash neurotic who brings a complicated past of her own. Sam’s own problems run deeper than her wheelchair as she tries to work with their only guide, Mr B; the critically damaged artificial intelligence, who has seemingly selflessly helped them so far.

When their only chance of escaping a critically damaged station, is to release the very alien who orchestrated their abduction in the first place, the crew might need to look further for help than they first thought.

Only by working together will the teenagers, and their exotic crew find any chance of survival. But who can be trusted, and at what cost is their loyalty?

With the Earth itself in the balance, the crew face hard decisions and harder consequences. Can they survive their own pasts long enough to make a future?