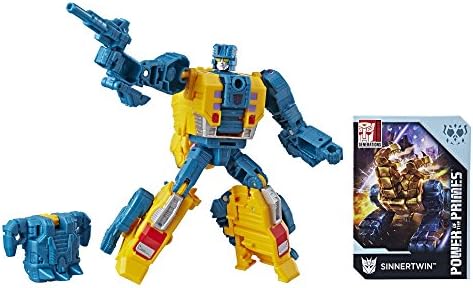 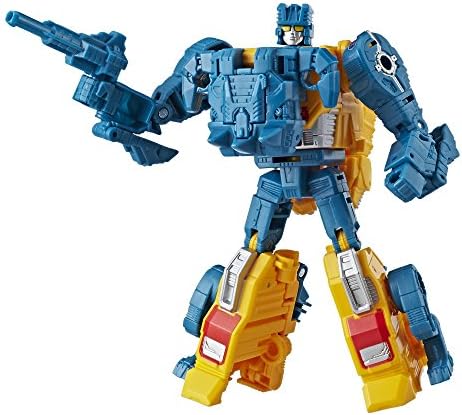 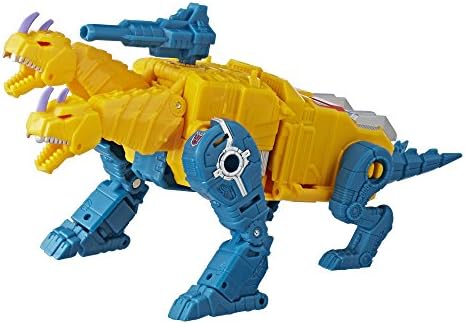 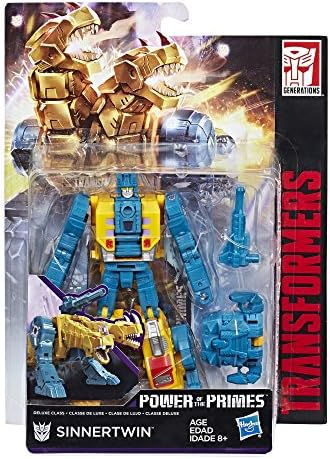 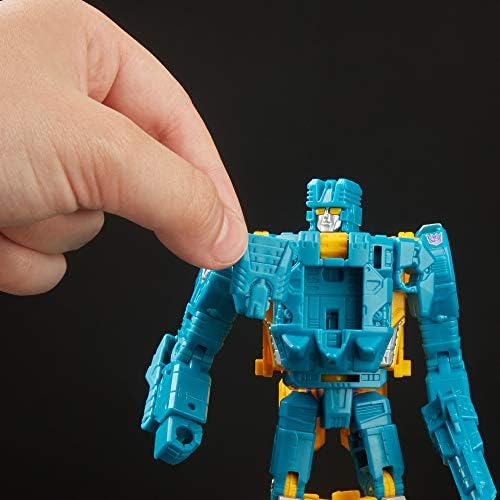 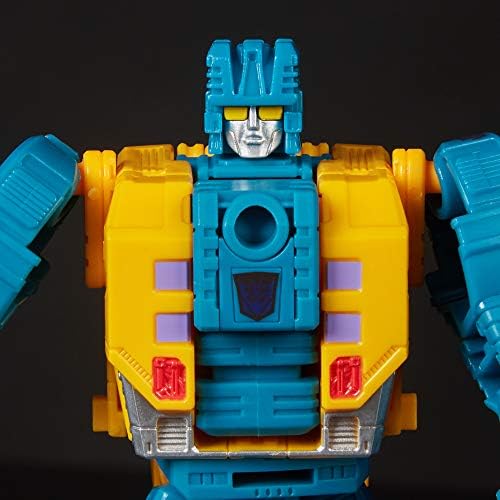 The Autobots and Decepticons use Prime Masters to wield the incredible powers of the most legendary bots in the universe: the Primes. Prime Masters carry the spark of a Prime, allowing them to share a Prime’s godlike ability with other bots. How will the Terrorcon sentry wield this epic power? Anything is possible and everything is at stake when the Power of the Primes is unleashed! Transformers Generations Power of the Primes Deluxe Class figures are 5.5-inch-scale figures that come with a Prime Armor accessory. Insert a Prime Master figure (not included, each sold separately) into the accessory, attach it to the figure’s chest, and imagine Sinnertwin wields the power of a Prime. Figure Specs: Deluxe Class Terrorcon Sinnertwin Modes: robot, 2-headed monster Converts in 13 steps Includes Prime Armor accessory and collector card Also works with Prime Master figures (Not included. Each sold separately. Subject to availability.) Transformers and all related characters are trademarks of Hasbro.